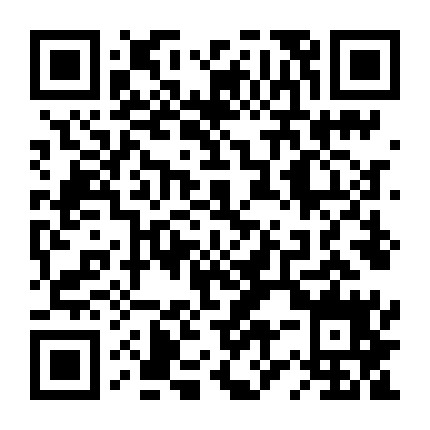 All the gastric cancer patients treated with laparoscopic surgery from Jan, 1998 to Dec, 2007 were enrolled. Patients who received only laparoscopic exploration and the cases with conversion to laparotomy were excluded.

General and clinicopathological data of eligible patients were retrieved from the medical reports and reviewed retrospectively. The variables included gender, age, pathological stage according to the Japanese Classification of Gastric Carcinoma[5], operative procedures and the extent of lymphatic dissection, the number of dissected lymph nodes and those with metastasis, the status of specimen margin and the distances from the lesion to the proximal and distal margin (proximal distance and distal distance). In cases after endoscopic mucosal resection (EMR), the distance was measured from the margin of scar following EMR.

According to the Japanese Classification of Gastric Carcinoma of JGCA and Gastric Cancer Clinical Practice Guidelines of the National Comprehensive Cancer Network(NCCN), the criteria for the extent of a possibly curable gastric cancer operation included: no involvement of the proximal and distal margins with no less than 10 mm proximal and distal distances, enough lymph node dissection with no less than 15 lymph node dissected[6]. All the eligible patients were evaluated with this criteria. The curability related variables were compared among different operative procedures and lymph node dissections.

All the continuous variables were expressed as mean±SD. Student’s t test, one-way ANOVA (analysis of variance) and Dunnett’s C test were used for comparison and post hoc multiple comparison of means. χ2 test (Pearson Chi-Square test) was used for analysis of categorical variables.

P<0.05 was considered to be statistically significant and all the statistical analysis was performed with SPSS13.0 software.

The planned sample size for the comparison of D2 dissection between laparoscopic operation and open control group was 31. It was calculated on the basis that averagely 30.7±11.1 lymph nodes were dissected by D2 dissection with open surgery in recent two years, the hypothesis of about 25% reduction (8 lymph nodes, which mainly refereed to incomplete or no dissection of stations No. 11p, 12a and 14v) in the number of lymph nodes dissected laparoscopically, and a statistical power of 80% for two-tailed type I error of 5%.

From Jan, 1998 to Dec, 2007, 404 patients with gastric cancer were treated with laparoscopic surgery in our institution. The average age was 63.3±10.6 years (ranged 32-92 years), among them there were 271 male patients (67.1%) and 133 (32.9%) females. Conversion to open surgery occurred in 13 cases and they were excluded for evaluation of curability. For the remaining 391 patients, the composition of pathological stage, procedure of operation and lymph node dissection were shown in Table 1. Most of the patients were stage I. LDG was the most popular procedure. More than 80 percent of the patients received sub-D2 dissection(D1+α, D1+β or sD2). The 18 operations with D0 dissection were all local resection except for 1 case of segmental resection. Except for 2 cases of Resection C and 8 cases of Resection B operation, the remaining 381(97.5%) cases were all classified as Resection A.

During the 1 to 113-month follow up period(median 40 months), no port-site recurrence was observed. There are 4 cases whose cancers relapsed postoperatively. Among them, peritoneal metastasis occurred in 3 cases and liver metastasis in 1 patients. .

Comparison of margin distances among procedures

The difference among numbers of retrieved lymph nodes of different lymph node dissection was statistically significant (F=26.499, P<0.001) and the results of post hoc multiple comparisons were shown in Figure 2.

To compare the curability related variables between open and laparoscopic D2 dissection, all the 43 cases of laparoscopic D2 dissection were selected. The control group was composed of all the 57 cases of open radical gastrectomy with D2 dissection performed in year 2006 and 2007, with exclusion of procedures with combined splenectomy. The two groups were mainly composed of distal gastrectomy (38/43 vs 50/57, P=0.921) and were homogenous except for the pathological stage of disease as most patients of the control group were affected with advanced cancer. For the extent of gastric resection, the proximal distance in open surgery was about 1cm longer than that of laparoscopic gastrectomy(open vs laparoscopic, 4.994±2.5943cm vs 4.058±1.8677cm, P=0.038), while the difference between distal distances was not significant(6.940±3.5151cm vs 7.237±4.6389cm, P=0.187). The numbers of dissected lymph nodes were similar in two groups(open vs laparoscopic, 30.70±11.094 vs 33.18±15.028, P=0.156), but the mean number of cancer affected lymph nodes was significantly higher in open surgery group (2.89±3.549 vs 0.86±2.976, P=0.04).

The difficulty in determining the exact location of the primary lesion of early gastric cancer is well known, due to lack of direct palpation and the small and superficial lesion. So it is important to mark the tumor with pigmentation or clips endoscopically before operation. At the time of resection, the relationship between mark and lesion, and the distance from resection line to mark should be checked carefully, especially in the cases of the proximal resection of LDG or LPPG. In our series, the mean distances to both the distal and proximal margins were sufficient according to the JGCA gastric cancer treatment guidelines and were comparable to those reported by other authors[17,19,20], but there were still 15 patients(3.8%) in which the proximal or distal distances were less than 1cm. Furthermore, an additional resection was performed in 12 patients to get a negative or sufficient distance. When compared with open surgery, the proximal distance of laparoscopic gastrectomy was also significantly shorter. Although the statistically significant 1cm difference between 4cm and 5cm did not have so much practical meaning in early gastric cancer, such a tendency of a shorter proximal distance should be noticed and enough attention should be paid for a safe margin, especially for the proximal resection line[13]. And as most of the insufficient distances occurred in mucosectomy and wedge resection, more attention should be paid to the selection of candidate of these two procedures and to keep sufficient extent of resection.

Based on the abovementioned results, we think that laparoscopic operation is an oncologically safe procedure for the management of gastric cancer, at least for stage I and II diseases. Although now it is earlier to get a endpoint index such as survival rate, according to these curability related variables, a satisfied survival of gastric cancer patients treated laparoscopically was prospected in a not far future.