Narrow-band imaging (NBI) is a new imaging technology that was developed in 2006 and has since spread worldwide. Because of its convenience, NBI has been replacing the role of chromoendoscopy. Here we review the efficacy of NBI with/without magnification for detection, characterization, and management of colorectal polyps, and future perspectives for the technology, including education. Recent studies have shown that the next-generation NBI system can detect significantly more colonic polyps than white light imaging, suggesting that NBI may become the modality of choice from the beginning of screening. The capillary pattern revealed by NBI, and the NBI International Colorectal Endoscopic classification are helpful for prediction of histology and for estimating the depth of invasion of colorectal cancer. However, NBI with magnifying colonoscopy is not superior to magnifying chromoendoscopy for estimation of invasion depth. Currently, therefore, chromoendoscopy should also be performed additionally if deep submucosal invasive cancer is suspected. If endoscopists become able to accurately estimate colorectal polyp pathology using NBI, this will allow adenomatous polyps to be resected and discarded; thus, reducing both the risk of polypectomy and costs. In order to achieve this goal, a suitable system for education and training in in vivo diagnostics will be necessary. 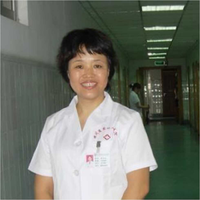