Microcephaly is a condition where a baby is born with a small head or the head stops growing after birth.好大夫工作室儿科肖侠明

Microcephaly is a rare condition. One baby in several thousand is born with microcephaly.

The most reliable way to assess whether a baby has microcephaly is to measure head circumference 24 hours after birth, compare the value with WHO growth standards, and continue to measure the rate of head growth in early infancy.

Babies born with microcephaly may develop convulsions and suffer physical and learning disabilities as they grow older.

There are no specific tests to determine if a baby will be born with microcephaly, but ultrasound scans in the third trimester of pregnancy can sometimes identify the problem.

There is no specific treatment for microcephaly.

Microcephaly is a neonatal malformation defined as a head size much smaller compared with other babies of the same age and sex. If this combines with poor brain growth, babies with microcephaly can develop developmental disabilities. The severity of microcephaly ranges from mild to severe.

Scope of the problem

Microcephaly is a rare condition. Reported estimate incidence of microcephaly has wide variation due to the differences in the definition and target population. Although not proven, researchers are studying a potential link between this surge in microcephaly cases and Zika virus infection.

Early diagnosis of microcephaly can sometimes be made by fetal ultrasound. Ultrasounds have the best diagnosis possibility if they are made at the end of the second trimester, around 28 weeks, or in the third trimester of pregnancy. Often diagnosis is made at birth or at a later stage.

Babies should have their head circumference measured at least 24 hours after birth and compared with WHO growth standards. The result will be interpreted in relation to the gestational age of the baby, and also the baby’s weight and length. Suspected cases should be reviewed by a paediatrician, have brain imaging scans, and have their head circumference measured at monthly intervals in early infancy and compared with growth standards. Doctors should also test for known causes of microcephaly.

There are many potential causes of microcephaly, but often the cause remains unknown. The most common causes include:

infections in the womb: toxoplasmosis (caused by a parasite found in undercooked meat), rubella, herpes, syphilis, cytomegalovirus and HIV;

genetic abnormalities such as Down syndrome; and

Many babies born with microcephaly may demonstrate no other symptoms at birth but go on to develop epilepsy, cerebral palsy, learning disabilities, hearing loss and vision problems. In some cases, children with microcephaly develop entirely normally.

There is no specific treatment for microcephaly. A multidisciplinary team is important to assess and care for babies and children with microcephaly. Early intervention with stimulation and play programmes may show positive impacts on development. Family counselling and support for parents is also extremely important.

WHO has been working closely with affected countries in the Americas on the investigation of and response to the outbreak since mid-2015.

The Strategic Response Framework and Joint Operations Plan outlines steps that WHO is taking with partners to respond to Zika and potential complications.

Working closely with affected countries on the Zika outbreak investigation and response and on the unusual increase in microcephaly cases.

Engaging communities to communicate the risks associated with Zika virus disease and how they can protect themselves.

Providing guidance and mitigating the potential impact on women of childbearing age and those who are pregnant, as well as families affected by Zika virus.

Helping affected countries strengthen care for pregnant women and the families of children born with microcephaly.

Investigating the reported increase in microcephaly cases and the possible association with Zika virus infection by bringing together experts and partners. 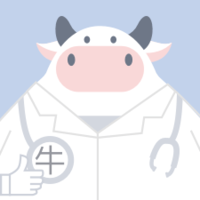