In addition to joint replacement and internal fixation of fractures, arthroscopic surgery is regarded as one of the three greatest improvements in the diagnosis and treatment of patients with conditions affecting the musculoskeletal system during the 20th century. Unlike the other two, arthroscopy is the most minimally invasive surgical approach.北京大学第三医院运动医学科杨渝平

Arthro means joint and scope to view from the Greek root. Arthroscopic surgery almost uses tiny incisions that allow the introduction of an arthroscope or other instruments into a joint, and it has origins in the early 19th century.

Curiosity and the desire to examine body cavities can be traced back to ancient times with evidence of the use of the vaginal speculum and proctoscope in the ruins of Pompeii.

In 1806, a German doctor, Philipp Bozzini presented his Lichtleiter, the first cystoscope developed to study the inside of the urinary bladder.(fig1) The Lichtleiter used two tubes with a candle to observe the inside of the bladder. In 1853, the French physician Desormeaux further refined the cystoscope, using a mixture of turpentine and gasoline, which, when ignited in a small chamber, produced light that was reflected through a system of mirrors into the bladder to provide visualization. The cystoscope utilized by Desormeaux is considered by medical historians to be the birth of endoscopic instrumentation. (fig2)

J. Bruck, who was reportedly a dentist, transilluminated the bladder from the rectum, using a “diaphanoscope” in 1860, which essentially was a red-hot or glowing wire encased in a quill. Dentists were involved because bladder stones were often thought to be similar to teeth, and only dentists were trained to handle these hard tissues.

In 1876, the German Max Nitze introduced a cystoscope that used a heated platinum loop to look inside the bladder. His first demonstration in public took place in October 1877 in the Institute of Pathology of the University Clinic in Dresden, where Michael Burman also performed his arthroscopic studies 54 years later(see below). These primitive endoscopes were made safer in 1879 with Edison's invention of the light bulb, replacing Desormeaux's turpentine/gasoline mixture and Nitze's heated loop, with incandescent light as a source for cystoscopic illumination of the bladder. (fig3)  The introduction of these early endoscopes provided medical science with a method of visualization using light and mirrors to examine anatomical structures in a new way. Furthermore, Nitze's took the very first photographs of the interior of a bladder in 1890.The development of this groundbreaking technique to inspect the human body would have far-reaching applications in the 20th century.

in 1912, when Dr. Severin Nordentoft from Aarhus Denmark(Fig4), used a laparoscope developed by a Swedish professor of internal medicine, Hans Christian Jacobeus (Georg Wolf company, Berlin, Germany ) (Fig5), to examine the interior of knees and presented his work at the 41st Congress of the German Surgical Society, in Berlin. It is him who called first this procedure “arthroscopy”. There is no question, from the written description in the published abstract that he was really the first to look inside a knee joint. However, there was no indication in his presentation that he used the instrument clinically.

The Japanese professor Kenji Takagi is credited in 1918, with using a cystoscope to view the inside of a cadaver knee. (fig6)  His first attempts to develop an arthroscope resulted in an instrument that was 7.3 mm in diameter and much too large to be practical in the knee. Takagi continued to refine the cystoscope so that by 1931 he had developed the No. 1 arthroscope, a 3.5-mm instrument that was to become the model for present-day arthroscopes. (fig7)  Takagi created 12 different arthroscopes, No. 1 to No. 12, with varying angles of view, along with operative instruments small enough to perform rudimentary surgery, such as biopsy within the knee joint.

In the Western world, a Swiss physician, Eugen Bircher, performed an arthroscopy in 1921, using an abdominal laparoscope like Nordentoft’s. Bircher published the first                       articles regarding arthroscopy of the knee, referring to this technique as arthroendoscopy . (fig8) It is interesting that Bircher never referred to Nordentoft, although they both presented their technique at the annual congress of surgery in Berlin. Bircher used this technique as a prelude to arthrotomy. Comparable to laparoscopy, he filled the joint with nitrogen or oxygen primarily to visualize and diagnose such conditions as internal derangement. His articles published between 1921 and 1926 were based on approximately 60 arthroendoscopic procedures. However by 1930, Bircher abandoned arthroendoscopy in favor of air arthrography, citing better visualization using contrast media with radiographic images.

With their earliest contribution to the arthroscopy, Takagi and Bircher are regarded as the “fathers of arthroscopy” by many historians.

In 1931, Michael Burman was a young resident at the Hospital for Joint Diseases in New York. He had begun to use an arthroscope in the anatomy laboratory of New York University, having had a special instrument designed for him by a Mr. R. Wappler. But later, He had to go to Europe on a traveling scholarship in the spring of 1931 and continue his studies because there was no chance for him to make further studies in New York University. He studied under Professor George Schmorl, the renowned pathologist and director of the Institute of Pathology in Dresden, Germany.(fig9,10) A study of the effect of dyes injected into the joint cavity on degenerative joint cartilage was initiated in Dresden and was a research venture that Burman continued later in clinical trials of arthroscopy on live patients. In the autumn of 1931, Burman returned to New York and published the results of his investigation in the historical paper “Arthroscopy or the Direct Visualization of Joints.” (fig11) He also printed 20 colored aquarelles of endoscopy findings in different joints. These were painted by the medical artist of the Dresden Institute, Mrs. Frieda Erfurt, and were actually the first pictures of arthroscopic findings ever published. Michael Burman went on to become anorthopaedic surgeon and worked at the Hospital for Joint Diseases in New York throughout his professional life. During the 1950s he collected material for an Atlas of Arthroscopy but this was never published, as he could not find an editor who appreciated his work.

However, World War II delayed advancements in medical science, and it took 16 years after the end of the war to resume publication of articles reporting progress in arthroscopic surgery.

By now in Japan, a protégé of Takagi's, Masaki Watanabe, established himself as the “father of modern arthroscopy” by developing sophisticated endoscopic instruments, using electronics and optics, which became popular in Japan in the post–World War II era. (fig12) Watanabe's No. 21 arthroscope developed in 1959 was superior in quality and became a model for production. (fig13)Watanabe's No. 21 would be the instrument by which North American surgeons would develop their skills in surgical arthroscopy. Yet, in spite of increasing improvements, the No. 21 arthroscope had its disadvantages. Since the light carrier would short-circuit and the bulb would occasionally shatter in the knee, it would not be until the 1970s and the introduction of cold light fiberoptics that arthroscopes would become safe and dependable. The transition from simply a diagnostic tool to therapeutic modality can also be credited to Watanabe, who arthroscopically removed a xanthomatous tumor from the superior recess of the knee on March 9, 1955. He subsequently performed the first arthroscopic partial menisectomy on May 4, 1962. (fig14-a,b,c)

Watanabe was a true scientist and a great teacher. He freely gave his knowledge to whoever was interested. He wrote the first Atlas of Arthroscopy, which was published in English in 1957, and which was beautifully illustrated by Fujihashi.(fig15) His second Atlas of Arthroscopy was published in 1969 and was illustrated with color photographs of the interior of the joint. Dr. Ikeuchi has continued his great work to this day.

In 1969, Dr. Richard O'Connor visited and studied with Watanabe. With the help of Richard Wolf Instrument Company in 1974, O'Connor developed instruments and arthroscopes that enabled him to do the first partial menisectomies in North America. O'Connor introduced the first rod lens type operating arthroscope, thereby solidifying arthroscopy as a surgical treatment of joint pathology. O'Connor and Hiroshi Ikeuchi, a Watanabe colleague from Japan, popularized arthroscopy to include not only menisectomy but meniscal repair as well.

Another significant contribution to arthroscopic surgery can be attributed to Dr. Lanny Johnson, who with the assistance of Dyonics Corporation developed the first motorized shaver instruments in 1976. Dr. Johnson is also regarded as a pioneer in arthroscopic shoulder surgery and rotator cuff repair.

Dr. John Joyce III, organized the first arthroscopy course in 1972 at the University of Pennsylvania. By 1974, the course was repeated and the International Arthroscopy Association was founded. By 1982, the Arthroscopy Association of North America was established promoting education and practice in arthroscopic surgery and has become one of the largest subspecialty organizations in orthopaedics today.

A boom to surgical arthroscopy in the 1970s came with the development of fiber optics and the use of television technology. Visibility improved with fiber optic light cables, and the television monitor allowed surgeons to view the image on a screen rather than rely on direct visualization with the eye through the arthroscope, freeing their hands. Television-guided imaging has helped facilitate such procedures as ligament reconstruction with minimally invasive techniques. As arthroscopic technology has advanced, the scope of treatable conditions has expanded. Today, virtually every joint in the human body can be accessed via arthroscopy.

The 1980s and 90s heralded advances in arthroscopic procedures and instrumentation that allowed orthopaedists to treat disease and injury with minimally invasive incisions, further decreasing complications, downtime, and medical costs for patients with musculoskeletal disorders. Surgical arthroscopy evolved into a major therapeutic modality, rather than merely a diagnostic tool. By the mid-1980s, data showed that surgical techniques using arthroscopy were actually superior to open operative surgery. No longer would patients have to undergo debilitating and painful surgery with extensive incisions. When indicated, arthroscopy would become the preferred method of surgical treatment over conventional, old-fashioned procedures.

A Main Timeline of Arthroscopic Development During the 20th Century

1912—Danish surgeon Severin Nordentoft presents a paper on endoscopic findings within the knee.

1931—Takagi develops the No. 1 arthroscope, a 3.5-mm instrument that would become the model for present-day instruments. Dr. Burmann published the results of his investigation in the historical paper “Arthroscopy or the Direct Visualization of Joints”

1959—Watanabe develops sophisticated instruments using electronics and optics, and his No. 21 arthroscope becomes a model for production.

1972—Dr. Joyce teaches the first arthroscopy course in the United States at the University of Pennsylvania.

1982—The Arthroscopy Association of North America is established.

Dr. Philipp Bozzini and his Lichtleiter

Dr. Desormeaux and his endoscope

Japanese professor Kenji Takagi, “father of arthroscopy”, who was the first to view the inside of cadaver knee in 1918, using the cystoscope

Dr. Eugen Bircher was in a knee surgery with his arthroscopy in 1917. And gas was used to fill up the joint.

Dr. Burmann published the results of his investigation in the historical paper “Arthroscopy or the Direct Visualization of Joints” in 1931.

a: First surgery of arthroscopic partial menisectomy was finished by Masaki Watanabe in 1962.

b: The tearing medial meniscus in the joint

Atlas of Arthroscopy, The first edition by Watanabe. 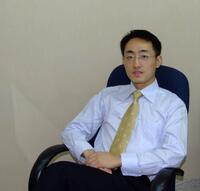